On the 24th of April, the Rana Plaza in Bangladesh collapsed killing 1134 and injuring over 2500 people. After the incident, it became apparent that the building has been unsafe, and the garment workers had pleaded with the supervisor to not be sent in on the morning of the accident, but to no avail. Instead, they were threatened with a salary cut. 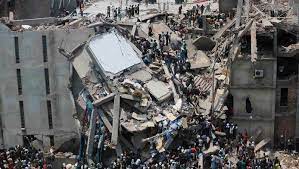 The accident could have been avoided, had they listened to the workers. In the months leading up to the accidents, the owners had been warned about the cracks in the walls and floors. The building had even been evacuated days prior to the tragedy due to safety concerns.

The collapse of the Rana Plaza caused an uproar across the Western nation, and apparel companies were forced to take action, and ensure safe working conditions for the garment workers.

It was in 2013 after the devastating accident that two agreements were established: the Accord on Fire and Building Safety in Bangladesh and the Alliance for Bangladesh Worker Safety. The accord is a legally binding contract between brands and trade unions to work towards safe working conditions for garment workers. Brands, Retailers, and factories are held accountable for the safety of their employees. It ensures building safety through factory inspections and corrective actions. Next to this, it ensures transparency throughout the whole supply chain. And most important, it gives the garment workers a voice. Because of this accord they can be involved in decision-making, and in the governance structure.

Since the accord was established many changes have been made within Bangladesh. Through safety inspections over 145000 safety violations have been found of which most have been solved.  Next to this, Safety Monitors have been set up to regularly do safety measurements. Moreover, it has been proven effective in giving the workers a voice, causing over 700 complaints regarding safety to have been solved.

The accord expires this month, May 2021. Hereafter, brands can decide whether they want to sign it again. Without the accord, garment workers will be left to fend on their own. The ongoing pandemic already has made a huge dent in the already unstable financial status of the workers, and without the accord, unsafe situations can proceed. 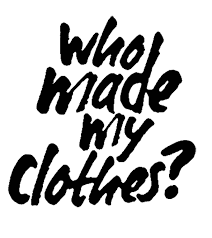 ord again? The short answer is money. Signing the accords has cost many brands a lot of money seeing as they had to create safer buildings and factories, and create a more transparent supply chain. The COVID-19 situation has also caused a big dent in the profits of fashion brands, giving another reason for brands not to sign.

But, the accord has brought progress in safety for over 2 million garment workers. The Health and safety of people is not a discussion point. The accord has to be signed again!

As consumers, we can have an influence on brands. A way we can take action is by informing ourselves of the challenges the garment workers face every day. Create awareness of the problem and call upon brands to sign the accords again.

There are some brands that have stated that they will sign the accord again including H&M and Zara. This is a good sign, and hopefully, many more brands will follow.