Skip to Content
Home Fashion The history of sustainable fashion

The origins of sustainable fashion are linked with the beginning of the environmental concerns of agricultural practices which became known in the early 1960s. During this time it became evident that the extensive use of agricultural chemicals led to widespread pollution worldwide (an issue that is still prominent to this day).

During the 60s while everyone was just realizing the impact of the industrial revolution there was one group that was already wearing sustainable fashion. This group is known as the hippies.

This group of young people rejected most of mainstream American life such as lifestyle, and music, but also mainstream fashion. They rejected the mass culture of fashion and instead went with simpler styles made of natural fabrics. The hippies were the founders of sustainable fashion.

In the 1970s the goth and punk movement arrived. Just like the hippies the goths and punks rejected the conventional mass clothing, and instead opted for vintage items and second-handed clothing. This introduced recycling and giving clothing a second life for the first time.

At the start of the 80s well-known animal rights organization People for Ethical Treatment of Animals (PETA) was founded. The establishment of this organization started the decline of fur in fashion and eventually the banishment of fur completely. During the 80s the company started with many campaigns against the use of animal materials in fashion. This company has been very successful over the last decades and is still fighting for animal rights.

In 1989 the Clean Clothing Campaign was established in the Netherlands. This campaign is dedicated to improving the working conditions of the garment workers in the fashion and sportswear industry and was the first of its kind.

In the same year, the World Fair Trade Organization (WFTO) was created. The purpose of this organization is to improve the livelihood of economically marginalized producers and farmers. This organization is aimed at fighting climate change, gender inequality, poverty, and injustice.

In the early 90s, green issues (environmental concerns) made their way into fashion and textile publications. During this time brands such as Patagonia and ESPRIT brought environmental concerns into their brands. The owners of these companies were outdoor people who saw the harm that was being done against the environment due to overproduction and overconsumption. Because of this, they made a change in their businesses. For Patagonia, this led to lifecycle assessments of the four most used fibers cotton, wool, nylon, and polyester, while ESPRIT primarily focussed on cotton. The two brands were major pioneers in the sustainable fashion movement and their work has led to huge improvements in the industry.

Throughout the 90s and the coming decades, sustainability became more and more important in many brands. While the main focus was still on the impact of the fabrics, responsible consumption also became an important issue.

In 2002 the Global Organic Textile Standard (GOTS) was formed. This standard was created to recognize responsibly made textiles and ensure the highest quality for consumers. GOTS certificates are awarded to brands that primarily use organic fibers. This standard was one of the first to be established for sustainable fashion, however, over the years many more standards have been created including the B corps certificate.

During the 2000s many new sustainable brands were formed including well-known sustainable jeans brands Kuyuchi. Sadly, during this time fast fashion brands also began to increase, and after the 2000s the consumption of fast fashion began to exponentially increase. Fast fashion sales have increased 400 percent since the 2000s.

Nevertheless, in 2007 the term “slow fashion” was introduced by Kate Fletcher. She describes this concept as “Slow fashion is about choice, information, cultural diversity, and identity. Yet, critically, it is also about balance. It requires a combination of rapid imaginative change and symbolic expression as well as durability and long-term engaging, quality products”. 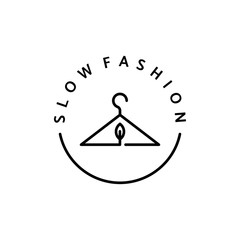 In 2009 the Sustainable Apparel Coalition (SAC) was created. The mission of this coalition is “To transform business for exponential impact through groundbreaking tools, collaborative partnerships, and trusted leadership for industry sustainability.”. The aim of this coalition is to create a global consumer industry that gives more than it takes to the planet as well as the people.

During the 2010s a lot of things happened in regards to sustainable fashion. It started off with the establishment of the EllenMcArthur foundation. This foundation focuses on creating a circular economy that moves away from our traditional take-make-dispose economy. In the circular economy value retention and the use of biodegradable materials is important. However, for this concept to work changes in the current business models is necessary which has proven to be quite difficult. Nevertheless, the EllenMcArthur Foundation continues to work on the concept and is partnering with many fashion brands to make changes in the current linear economy. 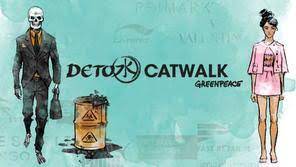 In 2011 Greenpeace launched a very popular campaign called Detox My Fashion. This campaign was launched to challenge major fashion brands to take responsibility for the pollution they cause with the use of chemicals throughout the whole supply chain. The campaign was also focused on eliminating all hazardous chemicals from fashion by 2020. While this has not completely been achieved, the campaign still has proven to be successful seeing as all 80 participating companies have made huge improvements in the use of chemicals.

Moving on to 2013 when a tragedy happened. The Rana Plaza collapsed killing hundreds of people and injuring even more. This disaster was a wake-up call for many and shined a light on the terrible circumstances that garment workers have to work in. In response to the collapse of the Rana Plaza, Fashion Revolution was created. This foundation campaigns for clean, safe, and healthy working spaces for garment workers in factories. This Fashion Revolution has also created the transparency index where many fashion brands are rated based on how transparent they are about their production and manufacturing. 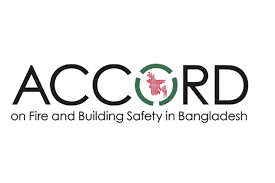 After the collapse, the Bangladesh accord was created. This accord is a legally binding agreement between workers, factories, and brands to stop doing business with factories that fail the safety requirements. Many well-known brands have signed these contracts, and it has proven to be very successful. Factories are assessed on their safety, which has led to much safer working spaces for millions of people.

In 2014 Levi’s developed a new water recycling standard which reduces the use of water for jeans production tremendously.

The same year the first Fashion Revolution Day takes place which commemorates the tragic event of the Rana Plaza.

During the Cannes film festival, the new documentary True Costs is shown. This documentary exposes the social, natural and economic impact of the fashion industry.

In 2015 the European Clothing Action Plan was launched. This action plan is focused on creating a circular fashion industry and reducing the waste made in the fashion industry through 8 steps. 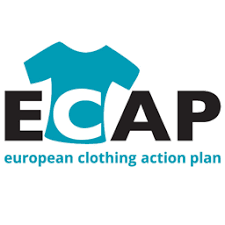 The Alliance for Sustainable Fashion is launched in 2019 at the assembly in Nairobi.