As the year draws close we start to wonder what fashion will bring in 2023. Which trends will gain popularity? What looks can we expect during fashion week? And how will celebrities interpret this year’s theme of the Met Gala “Karl Lagerfeld: a line of beauty”?

However, before we jump into 2023, let’s reflect on some of my favorite iconic moments that happened in fashion in 2022.

Starting off with what might be my absolute favorite moment of the year. During Paris, Fashion Week for the closing look of the Coperni Spring/Summer 2023 show a white dress was sprayed on model Bella Hadid in front of a live audience.

Miss Bella Hadid walked onto the stage wearing only nude underwear before three scientists including Manel Torres, the inventor of the spray-on technology called Fabrican, applied the liquid that transformed into a fabric.

It took about 15 minutes for the dress to be sprayed on while the audience watched in awe. Head of design Charlotte Raymond then walked on stage and carefully manipulated the dress in order to make some small changes around the neckline and also inserted a slit into the dress. 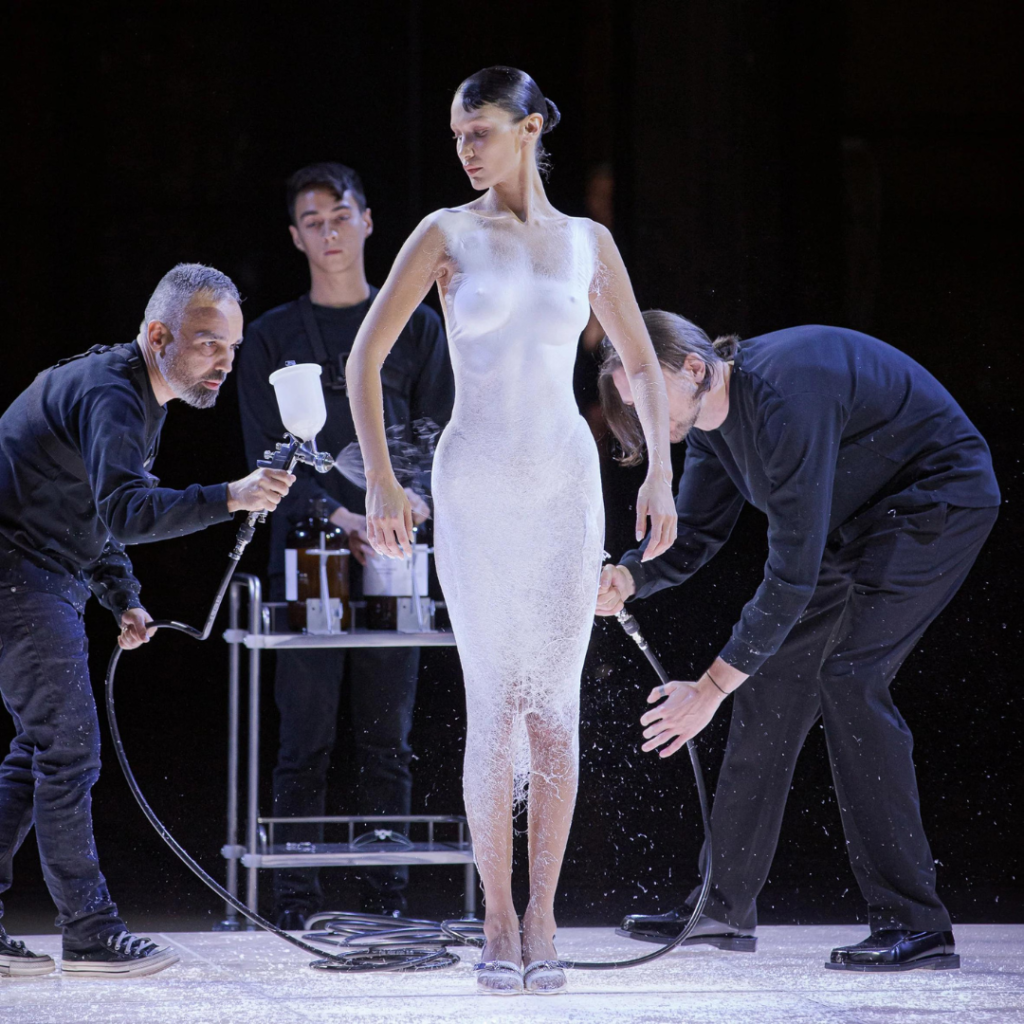 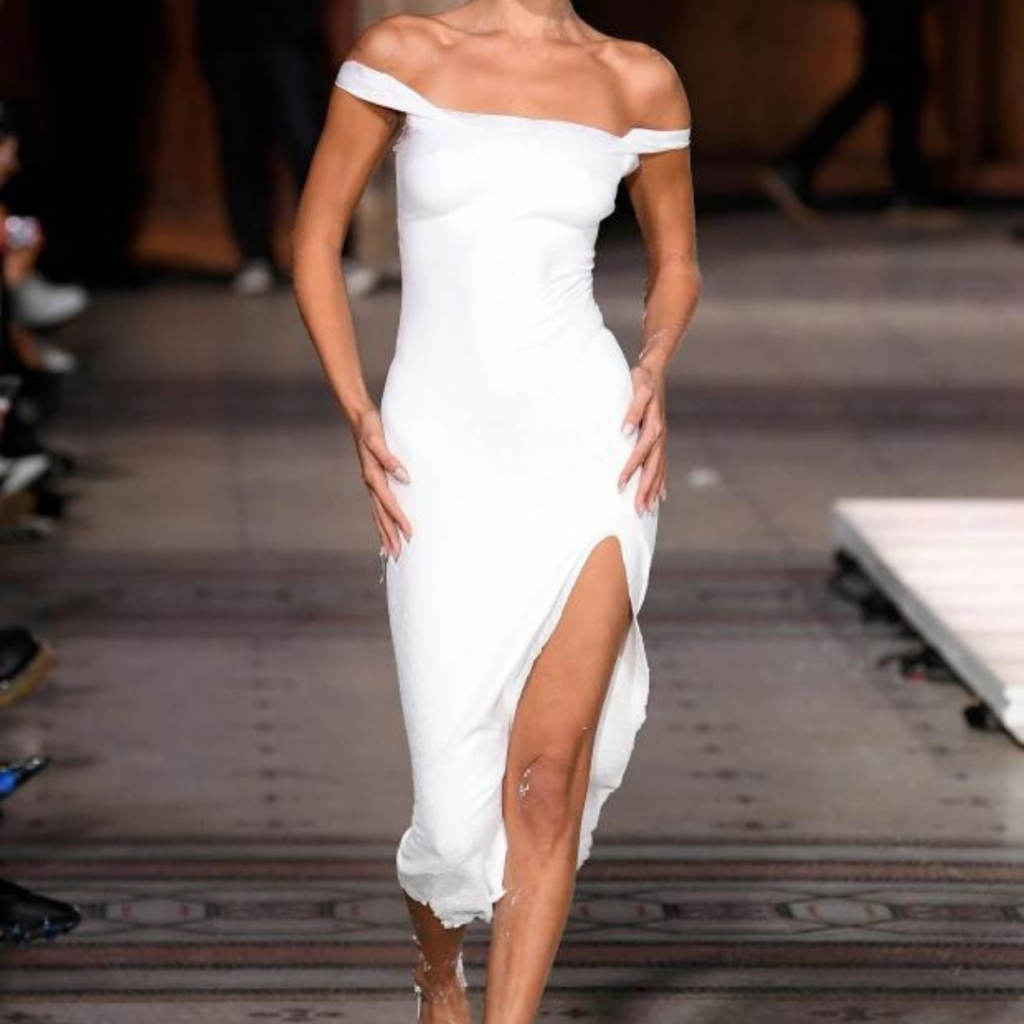 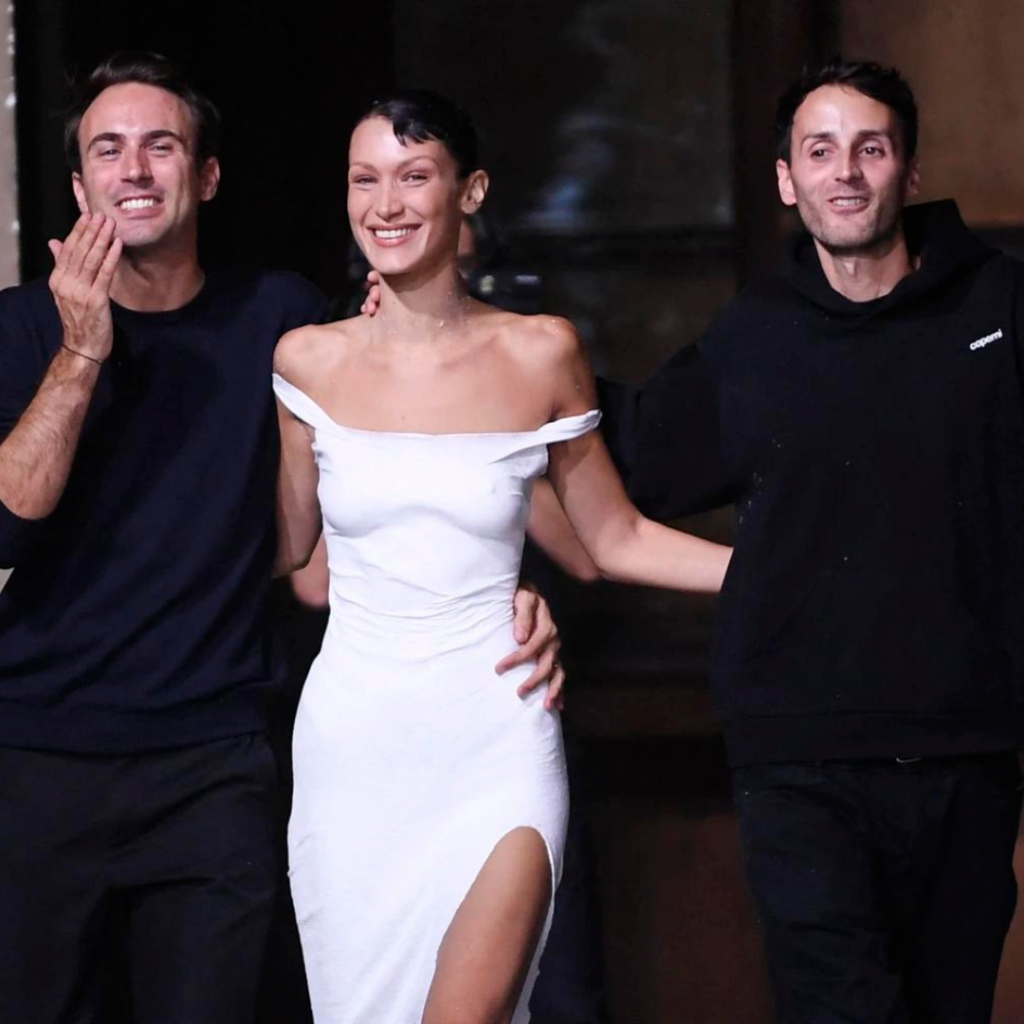 According to Sébastien Mayer, Coperni’s creative director and co-founder, the dress can be worn and put back on a hanger for however long one likes, but if you don’t want it anymore it can be put back into the liquid and sprayed again.

The dress won’t be for sale, but it was meant to create a moment that would go down in history and show the importance of innovation in fashion.

And best believe that this worked. According to Elle the searches for Coperni increased by 3000% making it the most viral moment in fashion this year.

During the 2022 Met Gala Kim Kardashian wore Marilyn Monroe’s dress. This is the dress in which Marilyn serenaded US president John F Kennedy for his birthday in 1962.  The dress, nude with 2,500 rhinestones, was designed by iconic fashion designer Bob Mackie. He also dressed famous celebrities such as Diana Ross and Tina Turner. 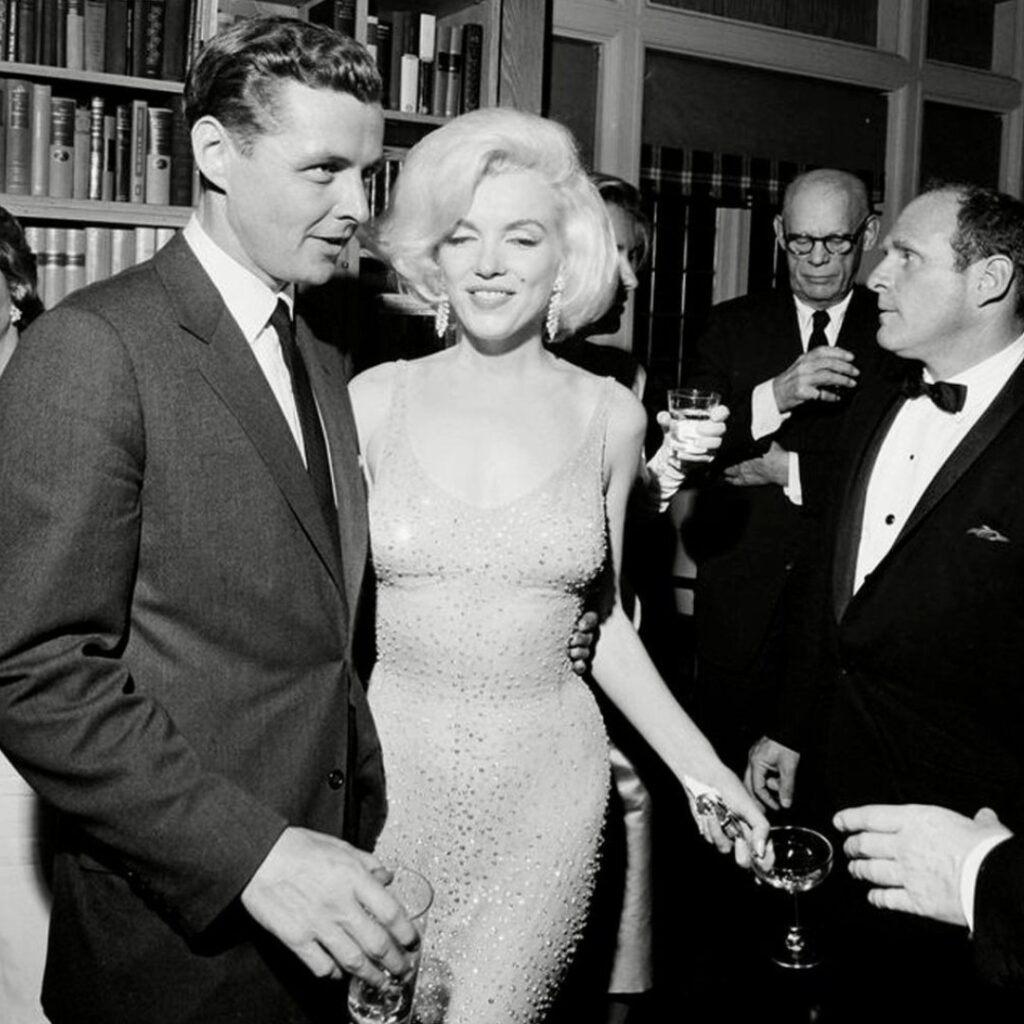 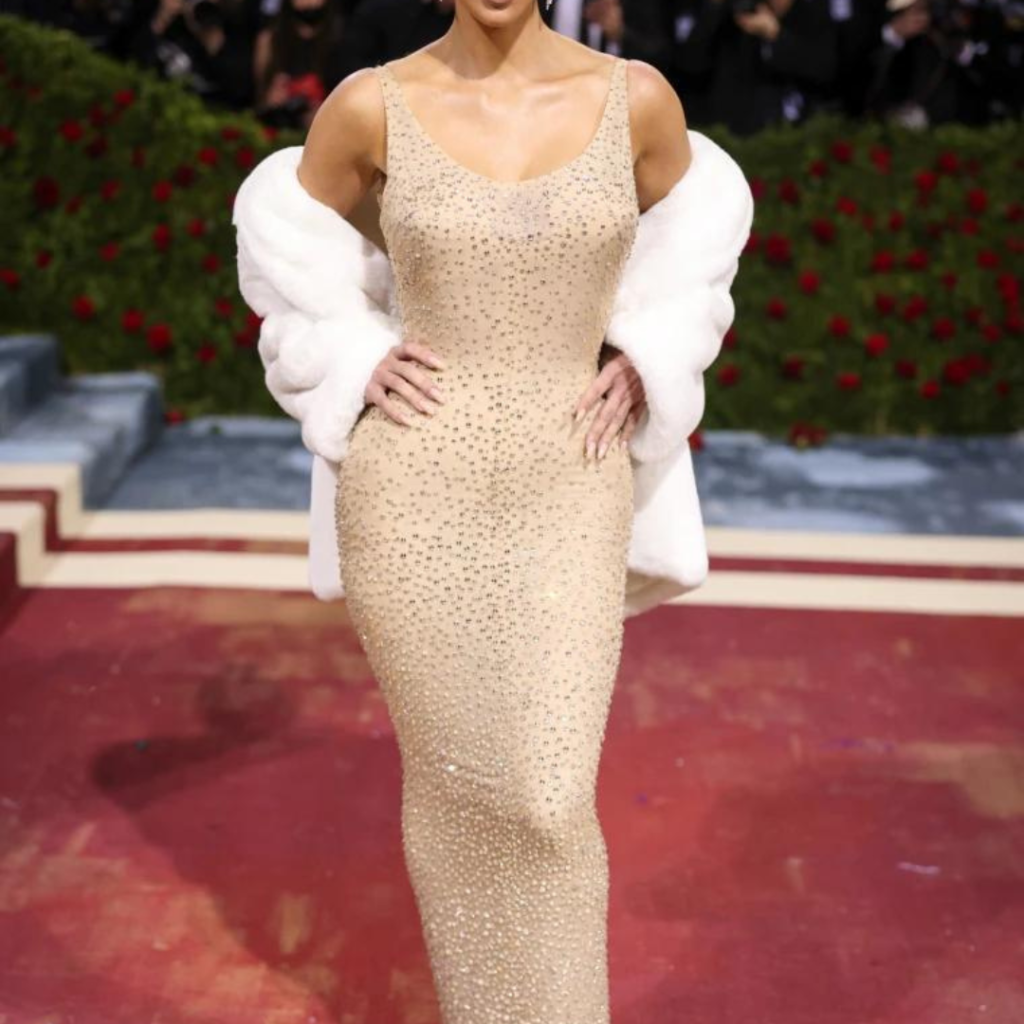 Back in 1962 this dress already was so iconic, so to no surprise when Kim K wore the dress to the Met all eyes were on her.

Even though she looked absolutely amazing, this moment caused a lot of controversy amongst fashion lovers and historians. The dress appeared to be damaged after its visit to the Met. The blame was immediately put on Kim and many people claimed that she should not have worn such an old and historic dress.

However, Ripley, the museum that currently owns the Marilyn Monroe dress, stated that the dress was not damaged while Kim was wearing it and that they themselves took a calculated risk when they lent her the dress. Next to this, Kim was never alone with the dress and a Ripley’s representative was always present with the dress.

Another Met Gala outfit that was very iconic, but also caused some controversy was Kylie Jenners. She wore a white wedding dress from the brand off-white.

Many people rather disliked this dress and found that it did not fit Kylie’s usual wear. And while I also did not really like the design I love the message behind it.

Kylie wore a dress designed by Virgil Abloh, the founder of off-white. Virgil passed away in November 2021 at the age of 41 due to a rare form of cancer.

Kylie explained that she and Virgil were supposed to go to the Met Gala together in 2020 before it got postponed due to Covid-19. To honor Virgil she wore this dress to the red carpet. Metaverse fashion has already been mentioned in the blog post “Innovations in fashion”. On March the 24th 2022 the first Metaverse Fashion Week took place. To explain the Metaverse in the easiest way possible: it is a virtual world where people can communicate with each other.

Fashion week took place in SecondLife. Multiple brands showed their collections, there were public talks and parties with live DJs. The event was deemed a success, but Vogue mentioned that there are still some improvements that can be made. According to the head of the Metaverse Fashion Week Giovanna Graziosi Casimiro, it is just the beginning of virtual fashion week. As browsers and computers become more powerful the quality will improve.

In 2023 we can expect the next edition of Metaverse Fashion Week.

Like Coperni SS23 the Valentino Pink PP Collection was another runway show that really stuck with me. The show was almost exclusively in pink including the room, runway, and chairs.

The brand showcased menswear and womenswear in the same shade of pink. Instead of color, the brand played with silhouettes and different textures. Midway the brand did a big twist where they showed all-black fashion before it once again went back to complete pink. 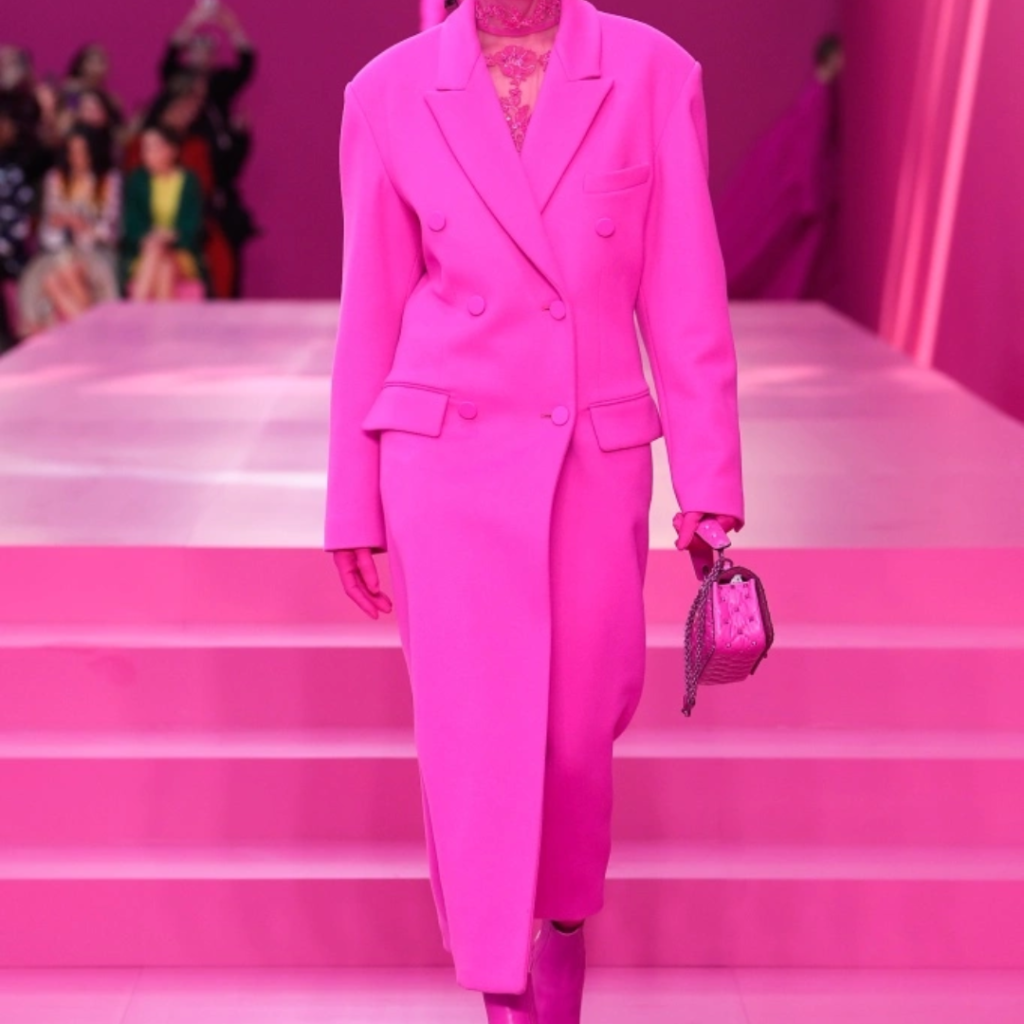 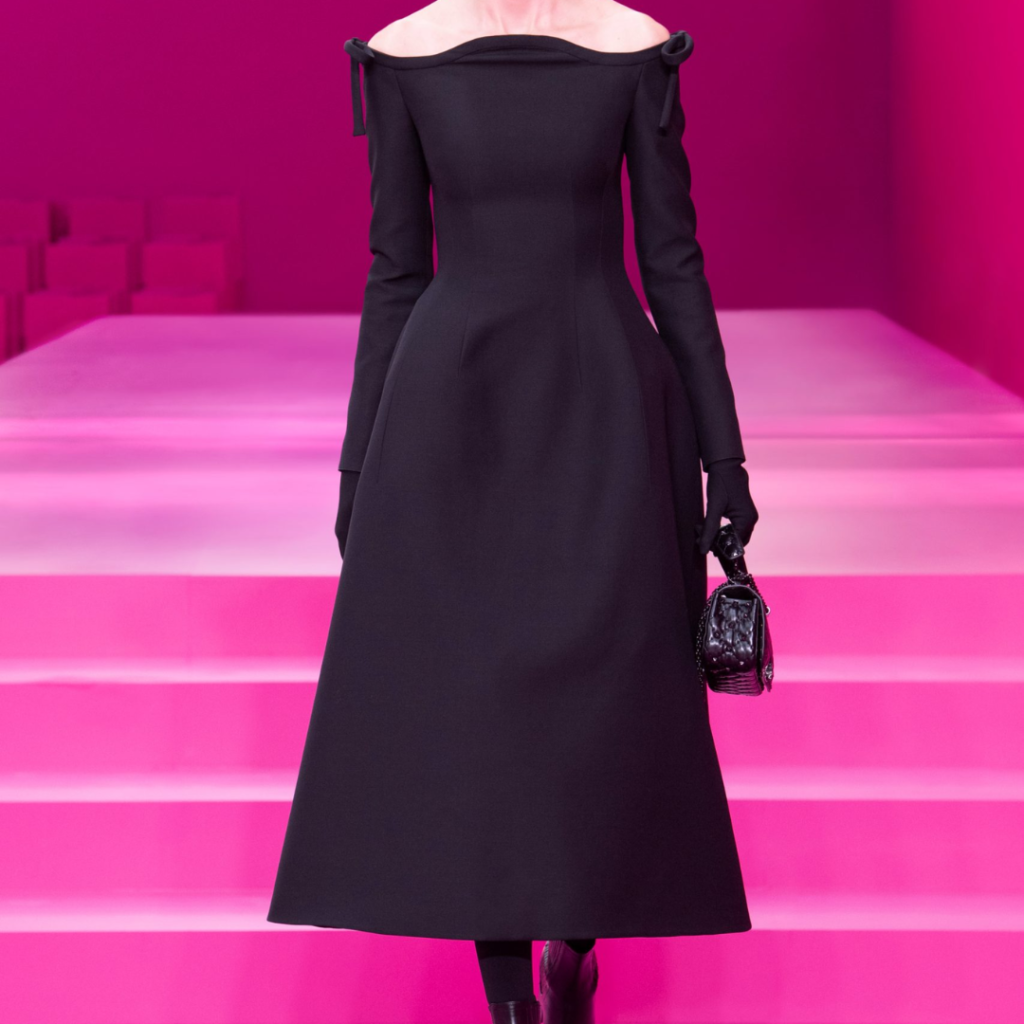 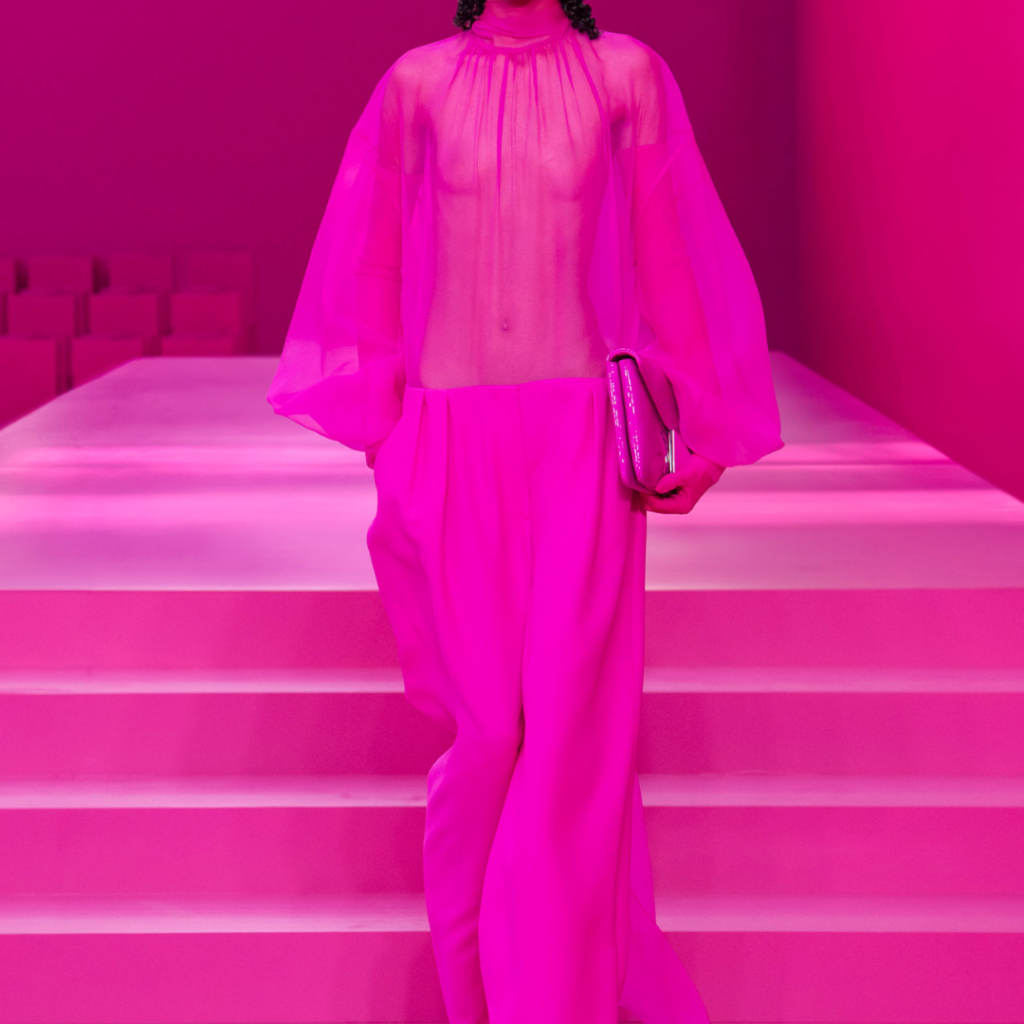 The reason for the monochrome looks according to Pierpaolo Piccioli, the creative director of Valentino, was because he wanted to intensify the senses and make people reflect on textures and look at the details of the outfit.

While Julia Fox always has been in the spotlight she really rose to fame when she started dating Kanye West for a hot minute and later on did an interview with Call Her Daddy when “uncut gems” went viral.

However, she moved away or rather made use of this newfound fame and really established herself as an icon in fashion. 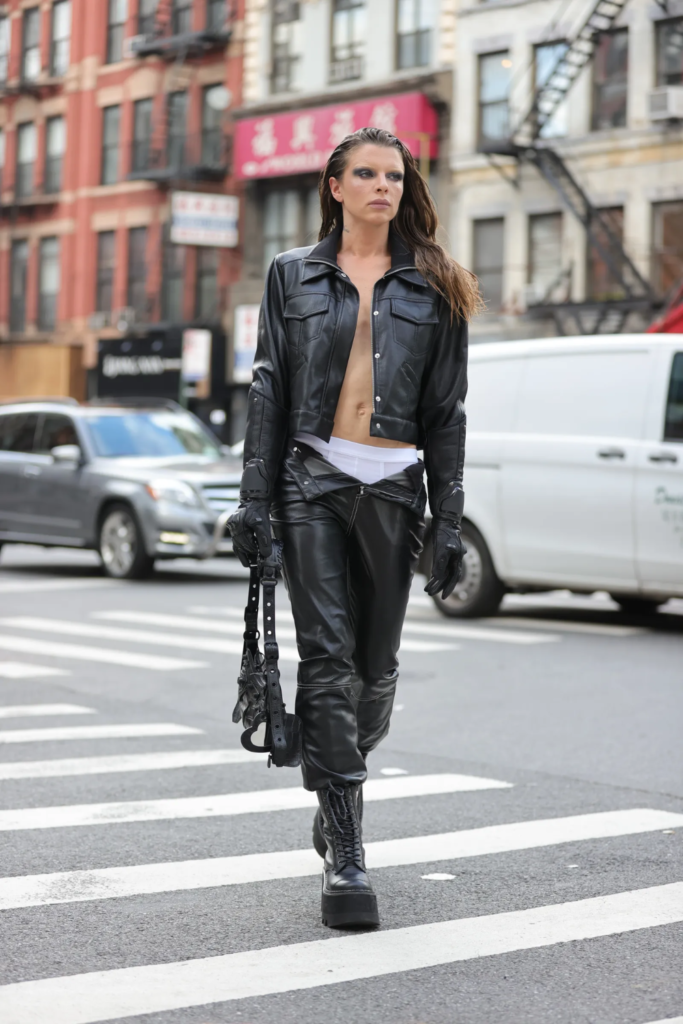 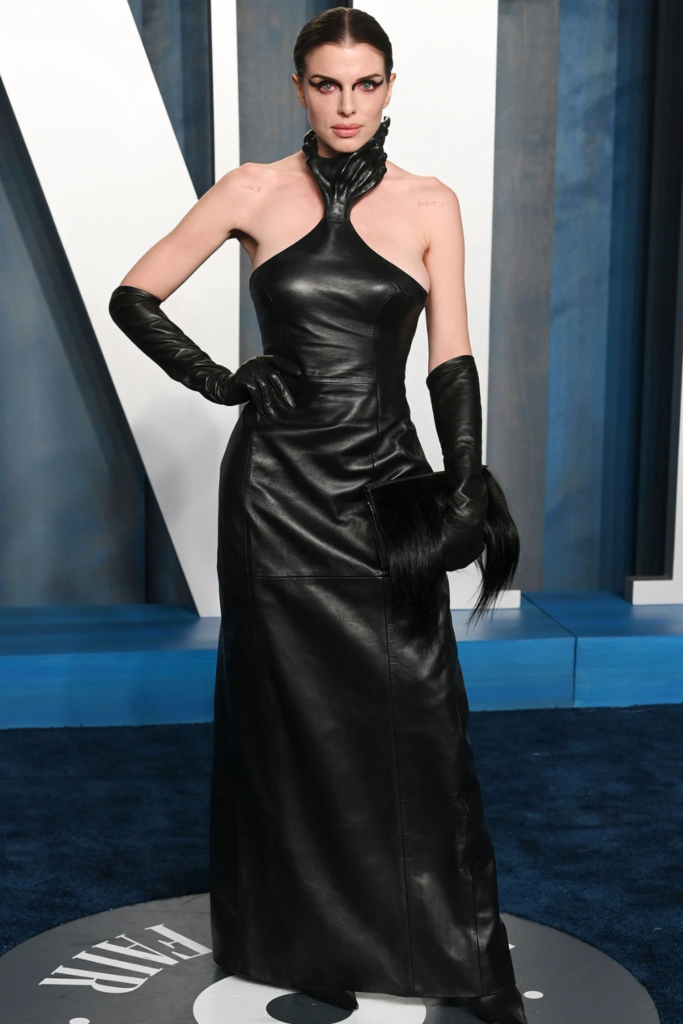 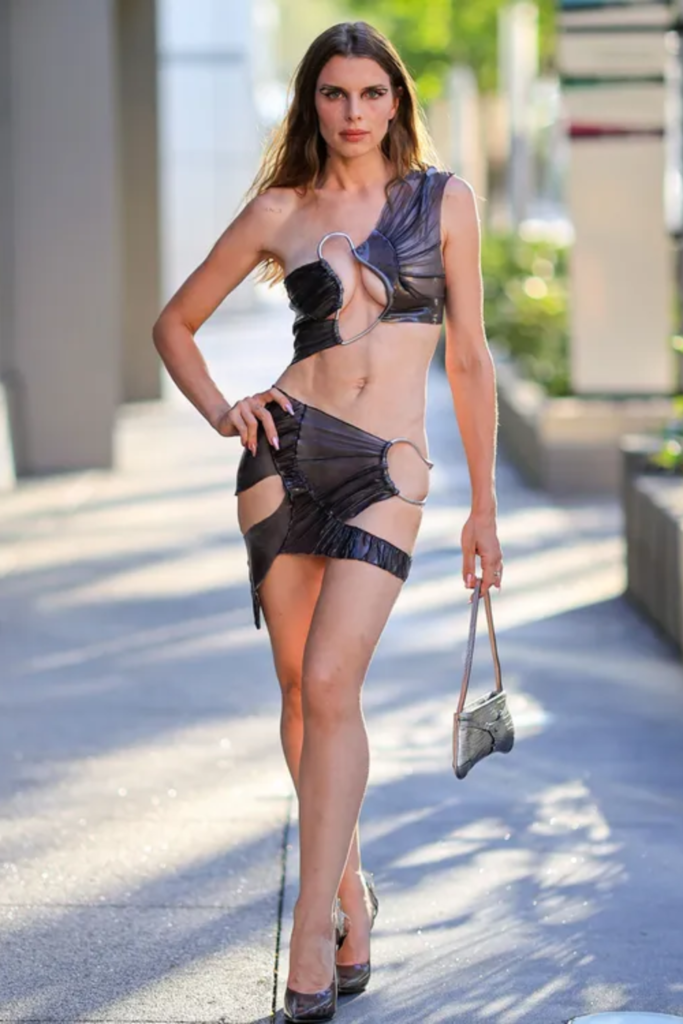 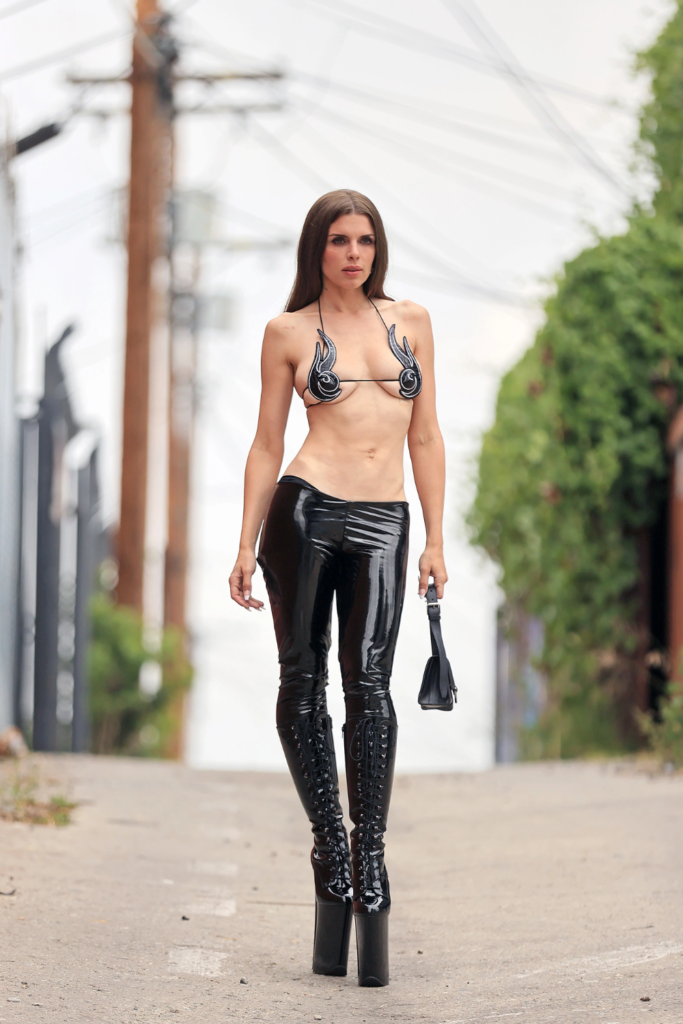 I thoroughly enjoyed seeing all her outfits this year and thus I feel like she cannot be missed from this list.

This year we had another fashion icon who went viral. Swedish Matilda Djerf started off on YouTube and later branched out to Instagram and TikTok. Her fashion content was so loved that she started her own fashion brand in 2019.

This year her Tiktok videos and Instagram posts went viral because of her beautiful hair and her simple but lovely outfits.

With her style, she has influenced many women and girls. Everywhere you go you can see girls who have been inspired by her.

I love to see the impact she has made on social media and therefore she definitely has earned a place on this list. 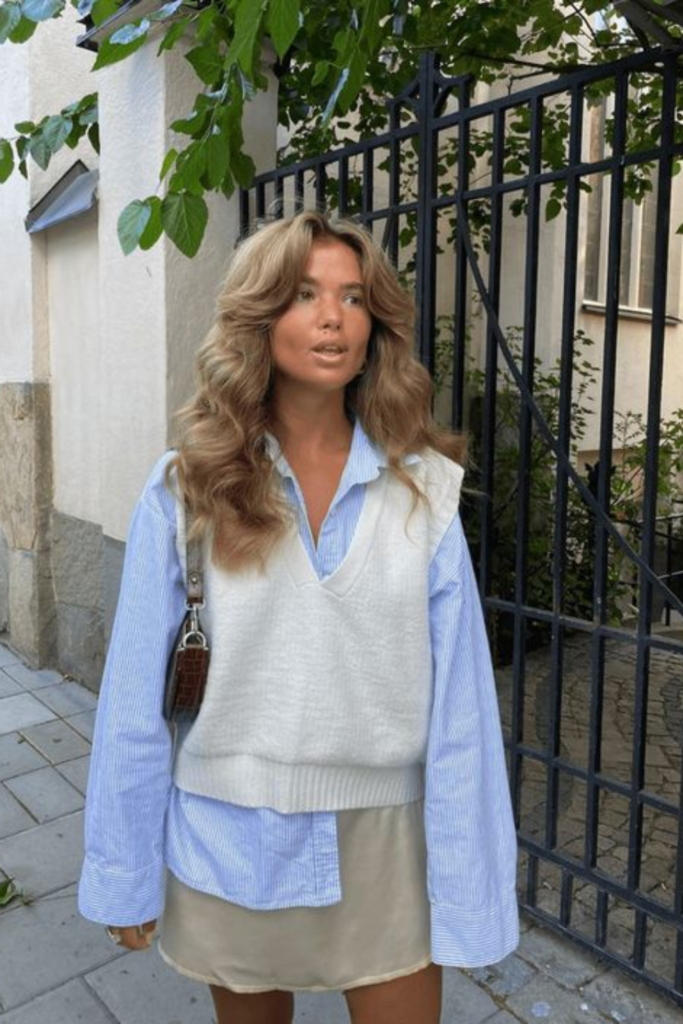 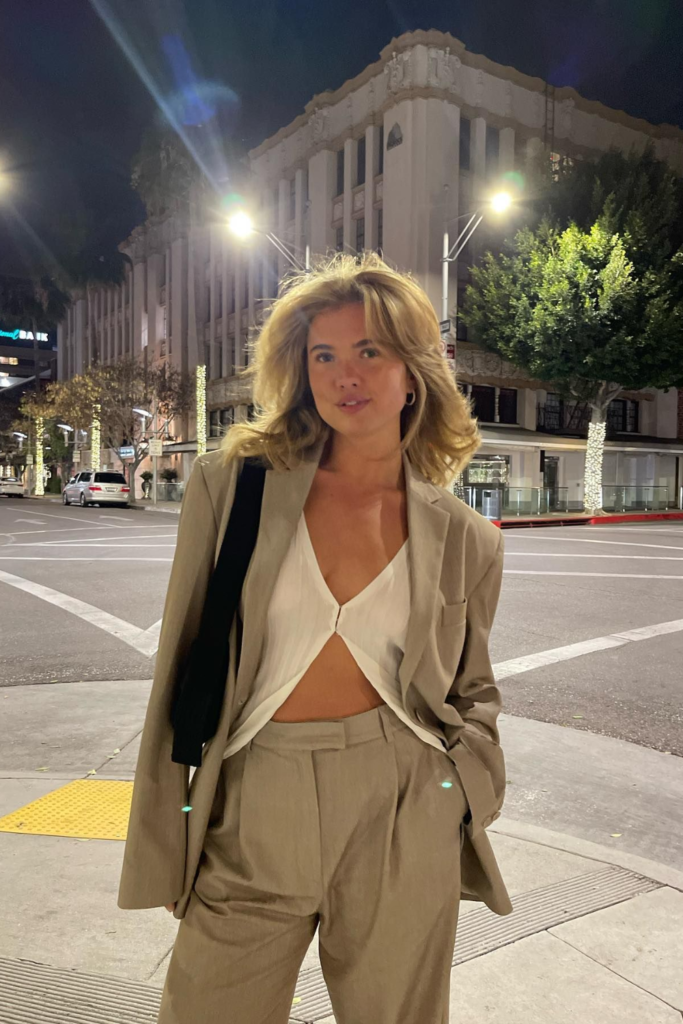 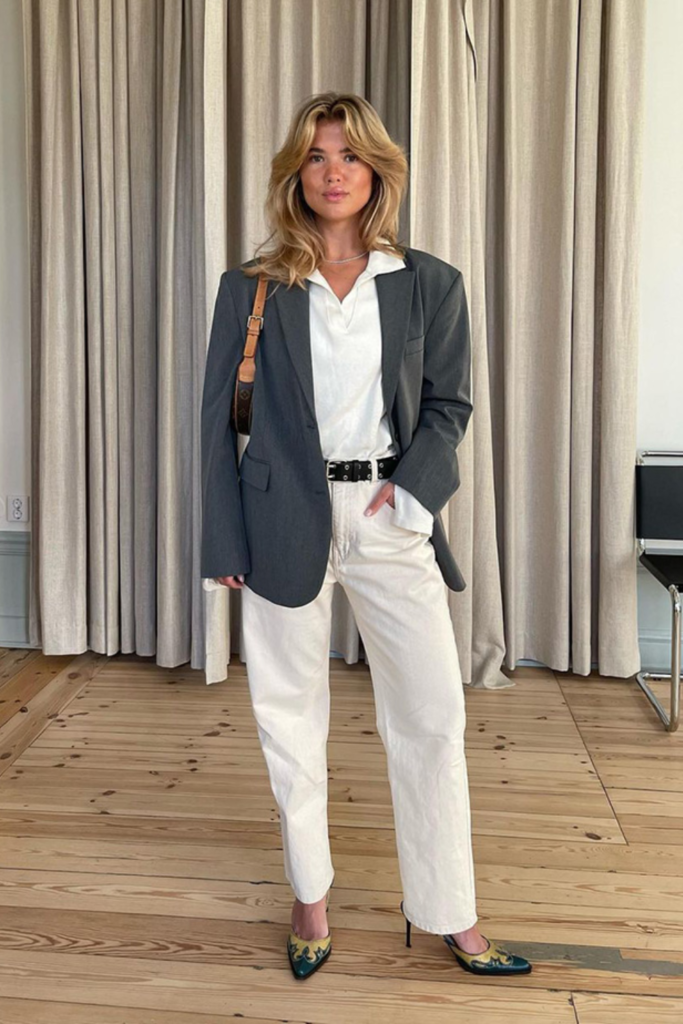 This is were my list of iconic fashion moments in 2022 ends.

All pictures are taken from the internet and contain a link to the sites where I found them. All credits to the rightful owners.
Link to the header picture